Recently a couple of questions where asked about how well Indonesians speak English. A lot of Indonesians may feel that the quality of Indonesian English is generally low, but I have found otherwise. I elaborated on my feelings in the following answers. 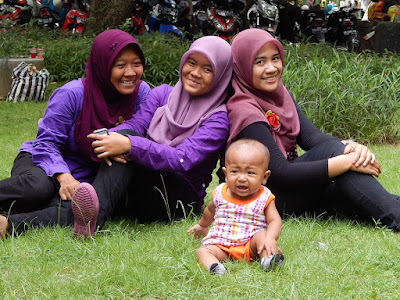 How good are Indonesians in speaking English, their accent and fluency?


Previously Indonesians in the public school system used to study English starting from SMP-SMA (Junior-Senior High School) then schools changed it to start at SD 3 (3rd Year of Primary School) and then for quite a while it has been obligatory since SD 1 (1st Year of Primary School). For private schools, they were usually a few steps ahead with when their students started learning English, most private kindergartens already start giving English from playgroup with songs and chants, but not all.
There is an interesting phenomena here though where students can 'learn' English for 12+ years but still not be able to communicate with it. This is due to a number of reasons such as:
It is a very general question when referring to 'Indonesians' but as a whole those who are given the right environment usually learn English very well, I have seen in general the Indonesian tongue and mind is very well suited for English, usually well trained Indonesians have a lovely accent and if they are of the younger generation have good grammar too. The options for Indonesians wanting to introduce their children to this international language have increased with many more schools using the Cambridge curriculum for their Maths, Science and English subjects including Islamic schools. Previously if the Muslim majority wanted to have their children schooled well and speaking English they had to send their children to Catholic schools, now though many Islamic schools have improved in regards to English, although they still haven't yet got the experience to overtake Catholic schools in general. 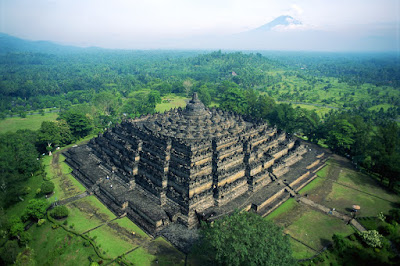 What do people from other countries think about Indonesian accents (when speaking English)?
I feel I am qualified to answer this question because I have been teaching English to Indonesians almost exclusively for around 10 years. I am an Australian who lives in Jakarta and also a Toastmaster (public speaking organization), so I hear a lot of different English accents coming from Indonesian English speakers.
In general, Indonesians adapt their pronunciation to English very easily. Sometimes when they have studied English poorly this is not the case but after receiving good instruction early on they have very few long standing difficulties, in fact I would be hard pressed to mention any.
An exception perhaps are people with a strong Javanese accent in Bahasa Indonesia, I have found a lot of the time their accents stick thickly when they learn English. This is not to say that some can't master English pronunciation and intonation or that those who don't can't be understood. Even Javanese English learners find English easier than Japanese, Chinese, Thai or Korean English learners. Mainly because of the similarities between Bahasa Indonesia and English.
Inter-language (mixing the two codes of mother tongue and new language) can be an issue but again with proper instruction this can be easily overcome.
The important stage is Threshold stage, where the learner begins to become independent in their language production. If they have good resources to learn from and a good guide they will do fine, if they have poor resources and a poor guide (maybe the teacher isn't proficient themselves) then this can lead to fosilisation of a poor accent and inter-language.
So in summary you will find most Indonesians do not speak English, there are many though who can though and many who can speak English quite well, especially if you are dealing with big companies from Jakarta, most international companies only hire Indonesians who can speak English (for obvious reasons).
The above are edited excerpts from my Quora answers. You can see more questions I've answered on Quora from my Quora profile here!
at 12:35 AM