Education, Language and Learning a Language

One of the points that I mentioned in the post 'How to get 100% success in teaching a foreign language' was that around 90% students spend 9-12 years studying a language but still can't speak it. They may be able to parrot some sentences out, but they aren't autonomous speakers of the target language.

This is because they are 'learning' not 'acquiring'. By 'learning' I mean 'learning about'.

One of Steven Krashen's main points in the 80s was also that there is a distinct separation between 'learning' and 'acquiring'. He called it 'The acquisition-learning distinction'.

Now although he wrote a book on this in 1981 (31 years ago) titled 'Second Language Acquisition and Second Language Learning' we still find that in most schools and language institutes in Indonesia today language is still learned but not acquired. 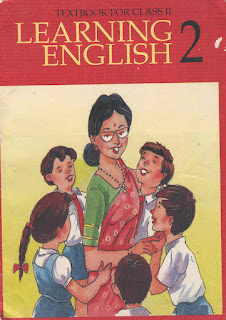 I feel there are three reasons for this: 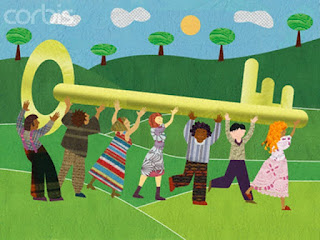 I want to make this post short and sweet because I believe this is essentially a simple point, a simple fact with simple and easy application. I hope to do more in the application of this point in the coming years, around Indonesia if God grants me that opportunity.

If students acquire English starting from their first year of primary education, they will do well in the TOEFL exams for entry into Universities because they will be competent in the language. The main things that are tested in the TOEFL exam are Reading Comprehension and Correct Vocabulary Selection (usually in the form of multiple choice questions). Grammar is tested but somebody with purely a conscious understanding of grammar will most likely do badly. The student with a subconscious understanding of what fits and what doesn't will do much better in questions relating to grammar. This has been proven in numerous studies and I have seen it also in my own personal experience with language students here.

Further more even if only a slight increase in TOEFL scores and fluency are found (worse case scenario) wouldn't it still be better that most students graduate with a communicative competency in English? a B1-B2 (European standard) competency alone opens ups many opportunities for the individual including but not limited to trade, education, employment, contacts, the global village, cultural perspectives and professional development. Essentially we would be giving millions of people a gift for life, the gift of another language.

So I hope this post has inspired you to spread the message of language acquisition which essentially means a campaign against 'language learning' as there is simple not time for both and our priorities should be clear.