The Development of a Human Being

Hi there it's nice to be writing again, 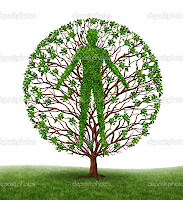 Sorry I haven't written for a while a few things have changed for me recently.  For one I have taken a trip to Australia for a few months.  Here I have had the opportunity to meet with some excellent educators.  One subject that has come up a lot  since I have been here has been the development of the students character in school.

Although the development of character in schools is not a new subject it is one that is fraught with difficulties, differences of opinion and problems with measuring success. Overall with character, although it's something that everybody agrees is important, nobody has really devised a system to 'teach' it and achieve a great amount of success from it. 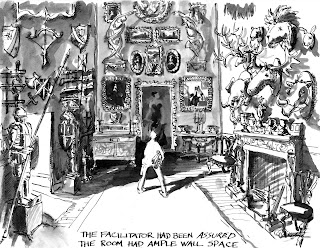 This is perhaps because the acquisition of character similar to acquiring a language cannot be achieved through 'teaching' but it must be discovered by the students themselves, assisted by the masterly facilitation of a skilled teacher or mentor.

With the learning of facts, one may choose to teach by giving the information or facilitate by providing the environment in which it can be learned. With the acquisition of character strengths however, the choice of telling somebody what they should think or feel is not there, it must be discovered.

Of course in talking about 'character strengths' we mustn't forget that what is strong or weak is a matter of perception and our perceptions are defined by the environment we come from (culture, DNA, upbringing etc.) and our own experiences. This being taken into consideration there are still many universal character strengths in which we can base our model of development on. Luckily a lot of work of researching the universal traits of character which are important in living a successful, happy and productive life has already been done.

Chris Peterson the co-author of 'Character Strengths and Virtues' adjusted a fairly long list of character strengths (as mentioned in Paul Tough's book 'How Children Succeed') and listed seven which he thought were particularly likely to predict life satisfaction and achievement. They were: 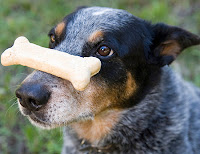 These were set out so teachers and curriculum developers in particular could use them as a model to base the competencies on for character development programs. Although they are obviously not the be all to end all they are never the less a good guide and a starting point in our quest to instill our students with strong, well rounded and beneficial character.

For a full list of character traits analysed by a research study of 117,676 adults from 54 nations by the university of Pennsylvania you can find the research report in the July 2006 Journal of Positive Psychology.

So all this leads us to the question, How can we transfer these character traits to our students in school? What the team at Geelong Grammar School has done is made sure to put all the teachers that come into their school through a two week intensive Positive Education course, not only to impart the skills of a facilitator but also to impart the skills of positive psychology onto the teachers themselves. This is because it is of course quite possible to imagine a student positively affected by a positive education program (excuse the pun) if the teacher themselves are living, breathing examples of positive psychology. 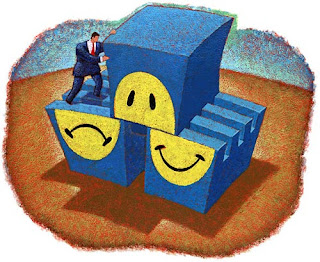 Positive Psychology as explained in Wikipedia is a branch of psychology which "...complements, with no intention to replace or ignore, the traditional areas of psychology. By adding an important emphasis to use the scientific method to study and determine positive human development."

In short it is a branch of psychology immensely important and relevant for the teachers of today. Many say we are currently in a time of character crisis, where the instilled tried and tested values of tradition have been replaced by consumerism and the leadership of desire. Further more many concerned educators in Indonesia  have mentioned, the traditional values of the village have started to disintegrate, as the above influences and the influx of the population from rural areas to the city, have combined to make less and less room for the contemplation and implementation of character strengths. 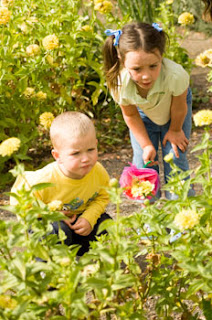 What many fail to recognize is that in this time more than ever with all the turmoil our children are experiencing, that character strengths are really what are going to pull them through and give them the best chance in life. Studies have shown that it is not so much IQ or one-on-one tuition that determines a student's academic success, but it is character strengths. The same rings true in perhaps all areas of an individuals life.

If education is the preparation for life and we are educating our children for a future that we have no way of predicting, surely one of the greatest things we can help them achieve is strength of character!

I intend to write more articles on Positive Psychology in the coming months as I will be staying at Geelong Grammar School until the end of May. Hopefully I'll be able to participate in the implementation of more positive education programs in Indonesian schools after my return.

Until next time, keep shining sharing and succeeding.